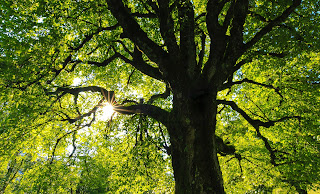 Edu-leader Babita went on with her day, as usual, especially given that it was the beginning of a productive week undertaking the task of observing the ongoing classes and came to check in on a class handled by edu-leader Sama when she encountered a little boy and her interaction with him fascinated her beyond belief. It is in the simplicity of everyday life and the mundane things of nature that children find joy and this awareness itself is beautiful.

As Babita entered the class buzzing with activity, her attention immediately fell on a little boy looking outside at the corn fields that were located behind the premises of the school and there in his hand was a corn stalk that he had gripped tightly so as to not let go.

Upon completing class observation, Babita decides to ask edu-leader Sama, who is more experienced in handling these kids, about Danish’s intrigue. Sama explains that he is a student in grade four and is involved in Story Writing Activities. Any story that he creates and narrates has elements of plants and trees in them. He never misses a chance to learn more about the green life around him. To learn more about Dhanish’s engrossment in this subject, Babita met up with his mother, who elaborates on his interest with enthusiasm stating that not only does he enjoy gathering information on plants and trees but in fact, he cherishes planting them and enjoys watching them grow from scratch. In his house, he had an area separated solely to grow flowering plants and fruits.

In an age where deforestation due to excess human consumption has caused problems of severe environmental degradation, to see a fourth grader not just show interest in planting seeds for tomorrow as a theory but show involvement and get to work without any external push is a wonderful sight to behold. Babita was convinced that the future of India looked greener in hands of such young citizens of tomorrow.

Credits: Babita is a peer-mentor to edu-leaders in Munger. She shared this experience. Shruthi works with Tata group and is volunteering with i-Saksham.